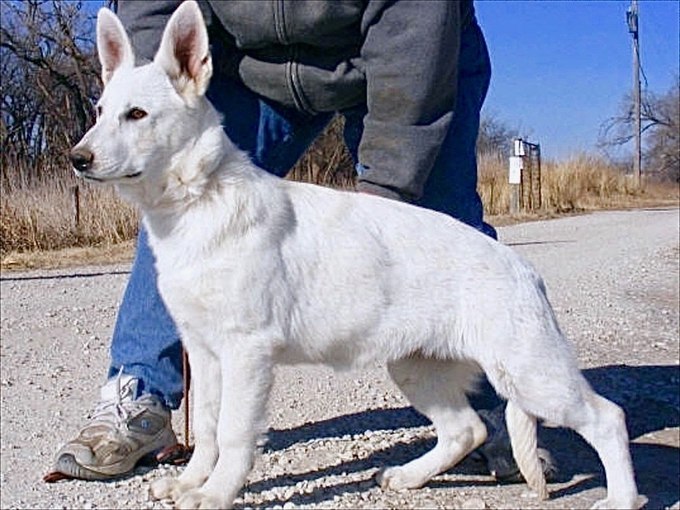 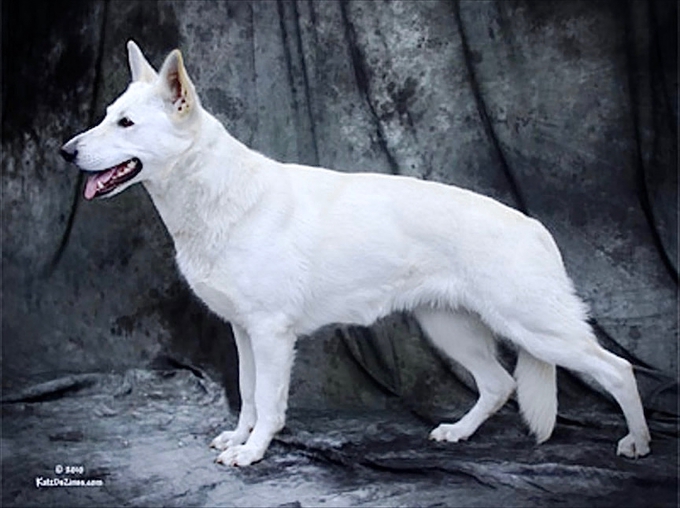 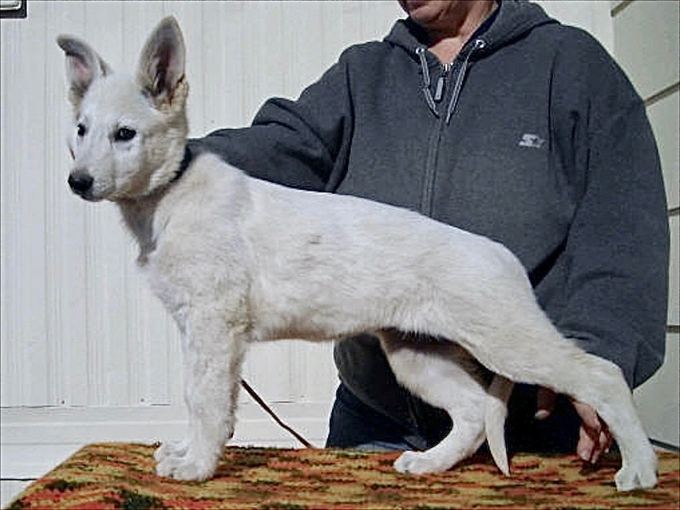 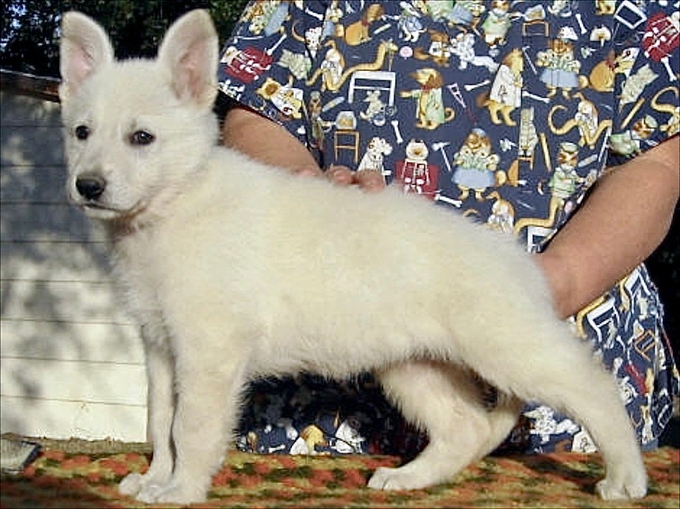 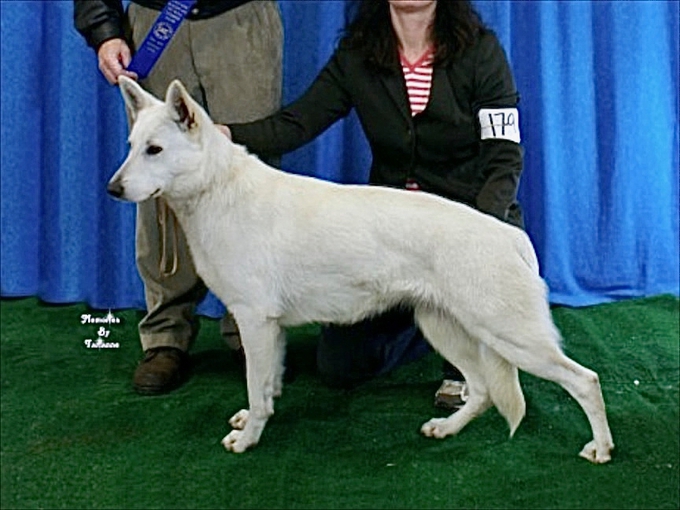 Annika was a higher prey drive, moderate energy, and protective female, yet friendly with anyone that I would introduce as a friend to our family and great with kids. She had the most beautiful movement I have seen in her breed so far, and without excessive rear angulation, so she is very stable in her movement not only in side gait, but also coming and going. Her front and rear structure are perfectly balanced to give her a very graceful stride, and it looks as though she barely puts her feet on the ground. She is one of my smaller girls at 66 lbs, yet is by far the fastest. Annika is adequately boned, having very good pigment and very good coat color, perfect ear size/set, and she has a very expressive eye, and fantastic substance. Annika earned her conformation championship 11 months old, and earned her Grand Championship at 15 months old in November 2009. She finished 2009 UKC ranked #3 White Shepherd in USA that year.